The current shutdown solutions increase fire risk and danger for installers, fire fighters, and system owners. These are unintended consequences of the module level shutdown requirement.

An Increased Number of Connection Points

The adoption of add-on devices for module level shutdown have led to a significant increase in risk points in solar systems: namely connection points. According to comprehensive studies on PV related fires in the advanced solar markets of Germany and the UK, DC connectors are a main cause for fires in a solar system. However, technologies to comply with module level shutdown increase the number of connection points by 2-3 times compared to a string inverter system the same size. This happens because a component must be added to every single PV module on the roof. 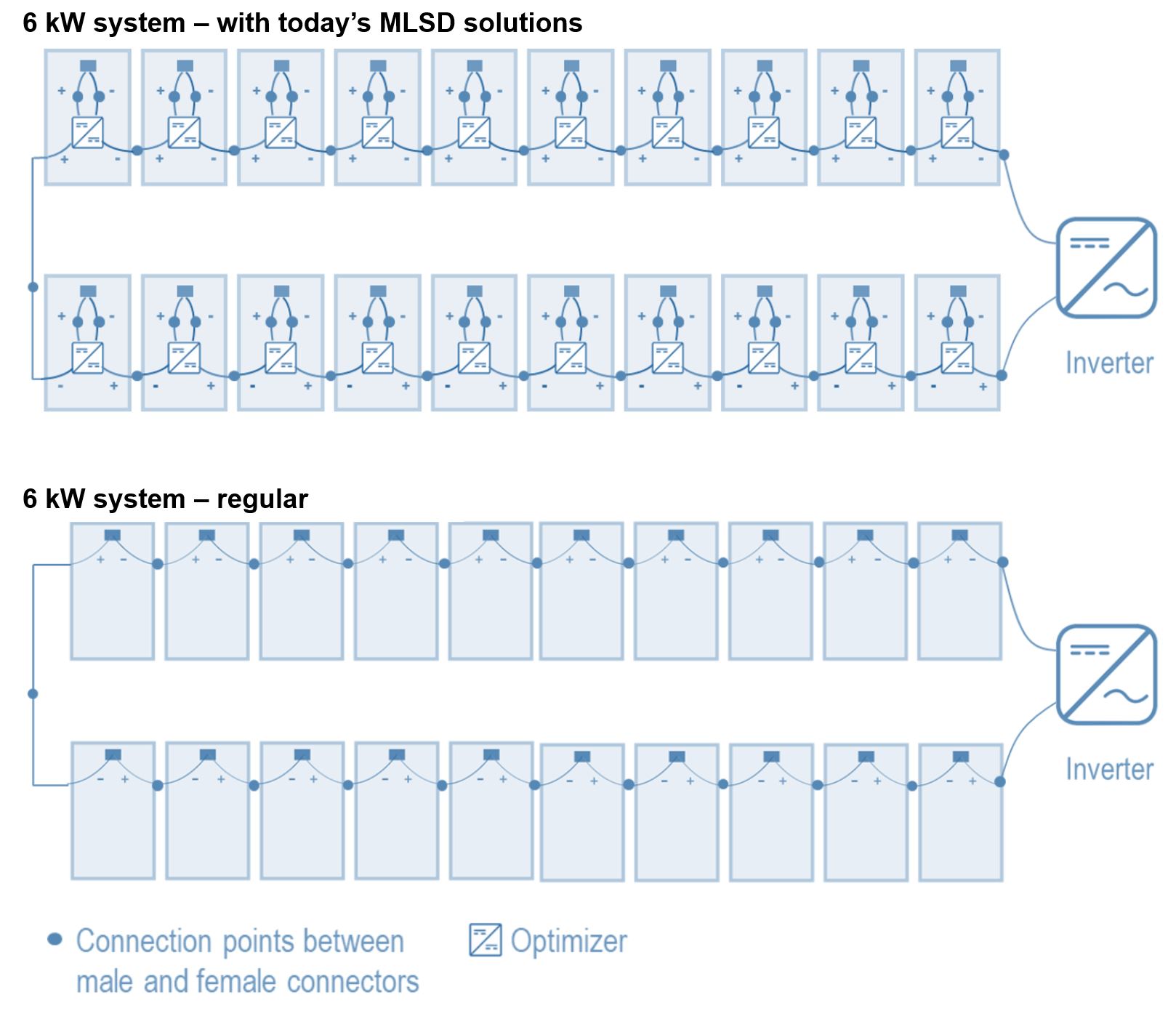 DC Connectors are a safety risk because with each connection installation errors can happen, and they can be subject to corrosion and poor crimping in production. Another very common problem with DC connectors is mismatching. This means that a connection between a male and female connector is made with DC-connectors from different manufacturers. Studies have shown that mismatching increases the risk of arcing and fires. To mitigate this risk effectively, systems should be built with the smallest number of connection points possible. Unfortunately, due to the NEC 2017 requirements and the lack of good solutions to comply with these requirements, installers are forced to use technologies that require 2-3 times more connection points than in the past. Thus, by implementing a measure that is supposed to protect firefighters, the risk of fires is actually increased, and therefore also the risk for firefighters – an unintended consequence of the electrical code.

A Significantly Increased Number of Components

In a typical residential installation with 6 kWp, the number of power electronic components needed rises from one (string inverter) to around 20 (micro-inverters or DC optimizers) - each component is a potential point of failure that could potentially cause a fire or other safety issue. 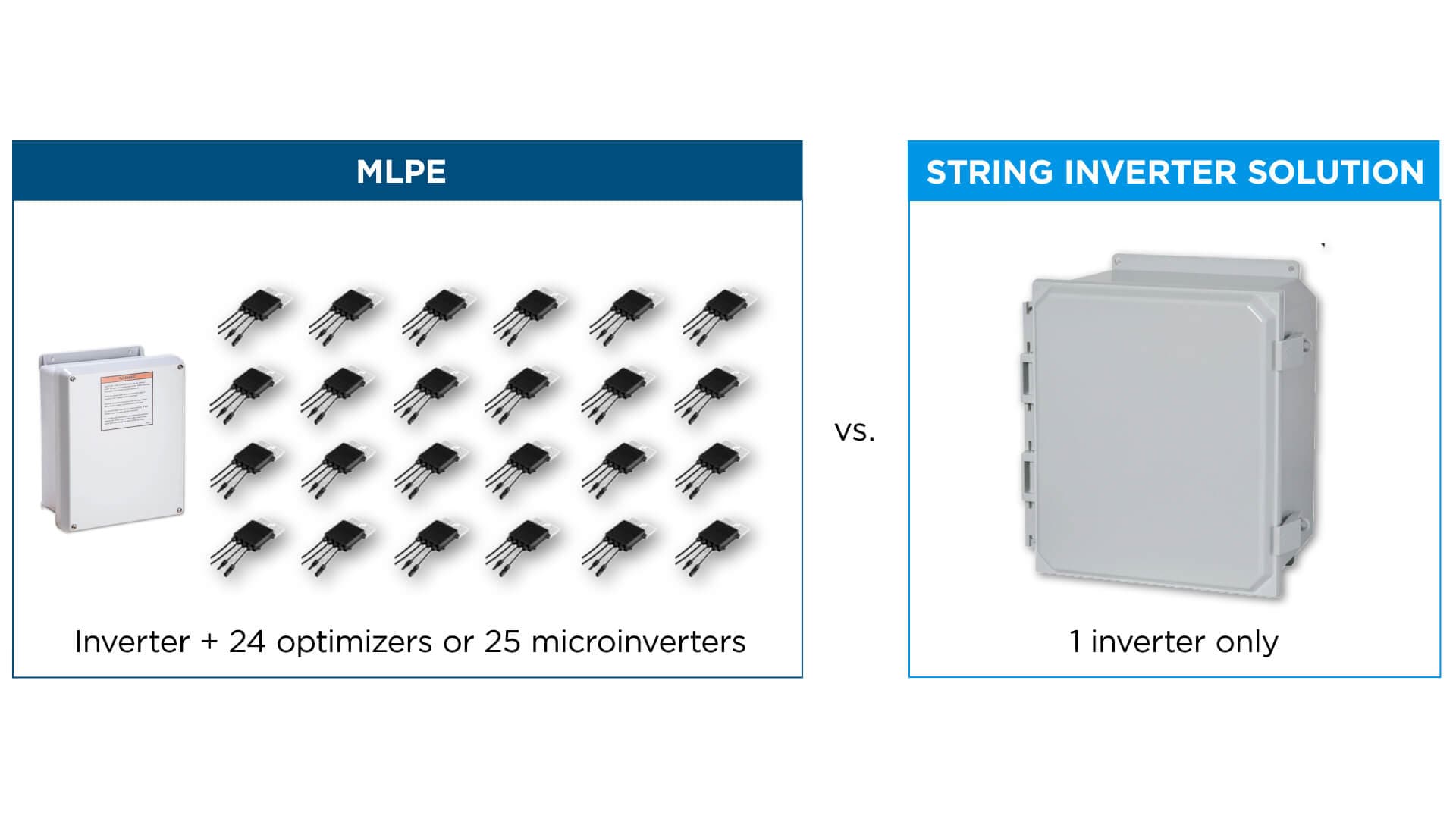 Today’s standard testing for arc fault detection does not take DC optimizers and their electrical noise into account. PV systems with DC optimizers add components, complex software routines, and communication channels to a system. All these factors increase the noise levels they emit. These increased noise levels make it much harder for inverters to detect arcs, which can then lead to a fire. In addition, the noise could also be interpreted as a false stay-alive signal, compromising the shutdown functionality of DC optimizers.

Current code does not require any arc fault detection below 80V, below which microinverters typically operate. However, you only need as low as 115W at 25V to create a stable serial arc, which can lead to a fire, as shown by TÜV Rheinland. This is well below the 80V. Since microinverters are the only inverter technology that doesn't have Arc Fault Circuit Interruption (AFCI) at all, unlike string inverters, they are unable to detect and interrupt this hazard. 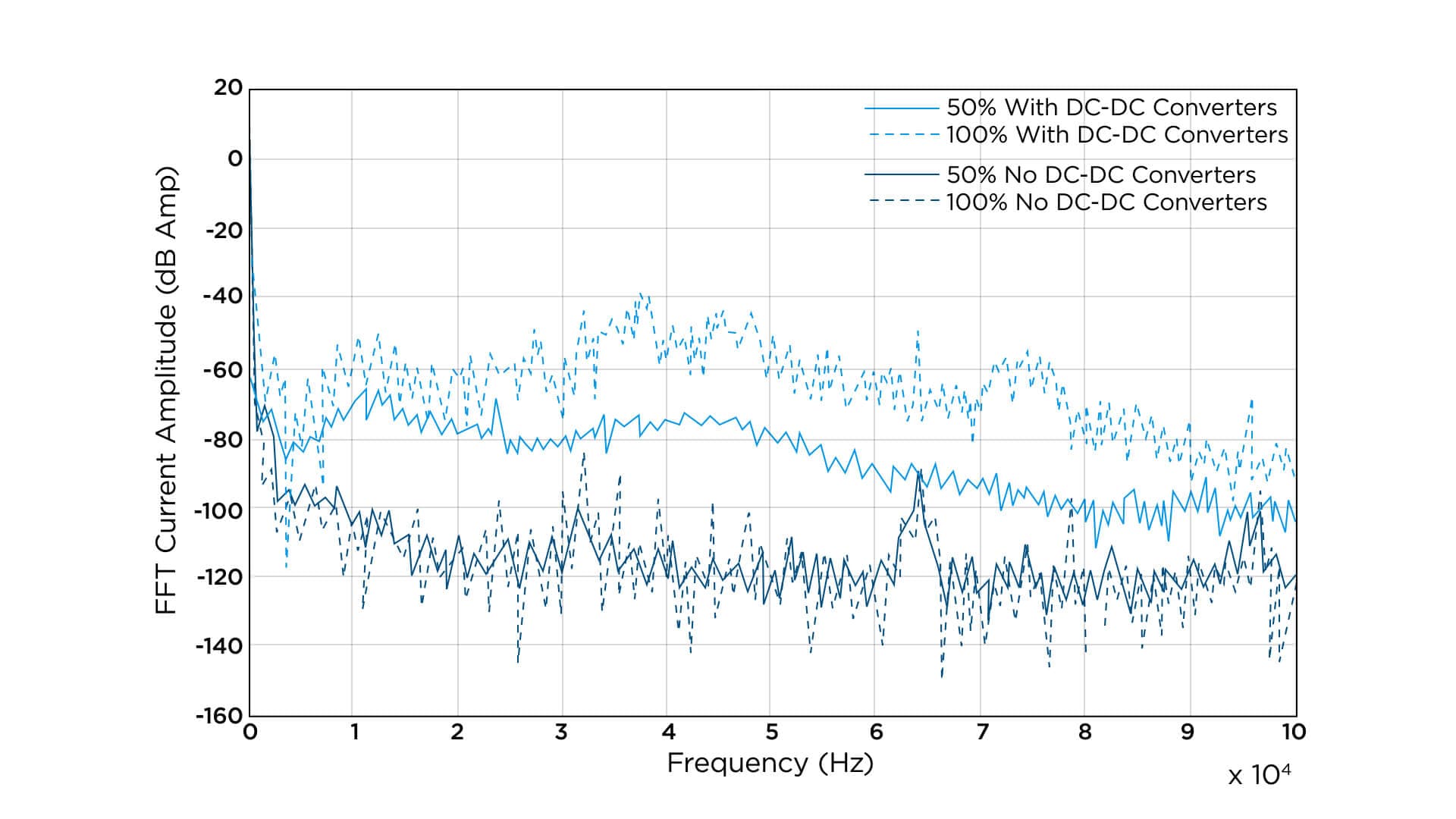 A False Sense of Safety: No UL Standard for Reliable Switching DC Disconnects provide important safety functions in a solar system. They disconnect high DC voltage from other parts of the solar system. While installers and fire fighters alike rely on the safety of DC switches, unfortunately, not all disconnects are equal.

Regular DC disconnects on the inverter are subject to testing to the UL98B standard. This standard requires testing in typical environmental conditions in which the disconnect is supposed to function. Thousands of iteration tests and other safety relevant tests are conducted. This is to ensure that the DC disconnect functions properly when needed, because people's health and life depends on it.

In stark contrast however, today’s DC switches used for Module Level Shutdown compliance (for example so called DC optimizers), are only tested to UL 1741. This is not a DC disconnect or safety switch standard, so these devices have never been UL tested for safe and reliable switching in their environment. This becomes especially precarious in case of an emergency, where fire can lead to extremely high temperatures. This scenario, however, is exactly when Module Level Shutdown is needed to keep fire fighters safe.

Due to this untested and thus potentially unsafe and unreliable switching, a false sense of security is created for firefighters and service technicians alike. This represents an even higher risk than not having any MLSD, since people might consider the system to be de-energized and act accordingly, while the system is actually energized.

With all these increased risks it is time to fix module level shutdown now, so we can make solar simple, safe, and more reliable.

The Unintended Safety Risks of the NEC
CED Greentech

What to do when DC Optimizers Interfere
PV Europe

Solar rapid shutdown – will it shut you out?
Renewable Energy World

Round Peg, Round Hole - Is it okay to connect two different brands of module connectors?
BayWa r.e.