DC optimizers and micro inverters are much more expensive than string inverters, up to more than double the cost of string inverters. MLPE manufactures try to justify their higher costs with the claim that they produce more yield than string inverters. However, with many systems not producing their expected results, studies have been conducted to test these claims, e.g. study by University of Southern Denmark: With the majority of PV system owners deciding to invest in Solar as an economic investment, unfortunately, this means that many consumers have been duped into paying much more than they should have, expecting to get better results than they did.

In addition, the compromised reliability leads to more system outages, lowering performance even further and hurting the solar industry as a whole. Since shutdown requirements were implemented, DC optimizers and microinverters have now over 90% market share. The results of the studies of PV performance indicate that the vast majority of PV systems installed since the NEC 2017 adoption are underperforming.

From University of Southern Denmark: 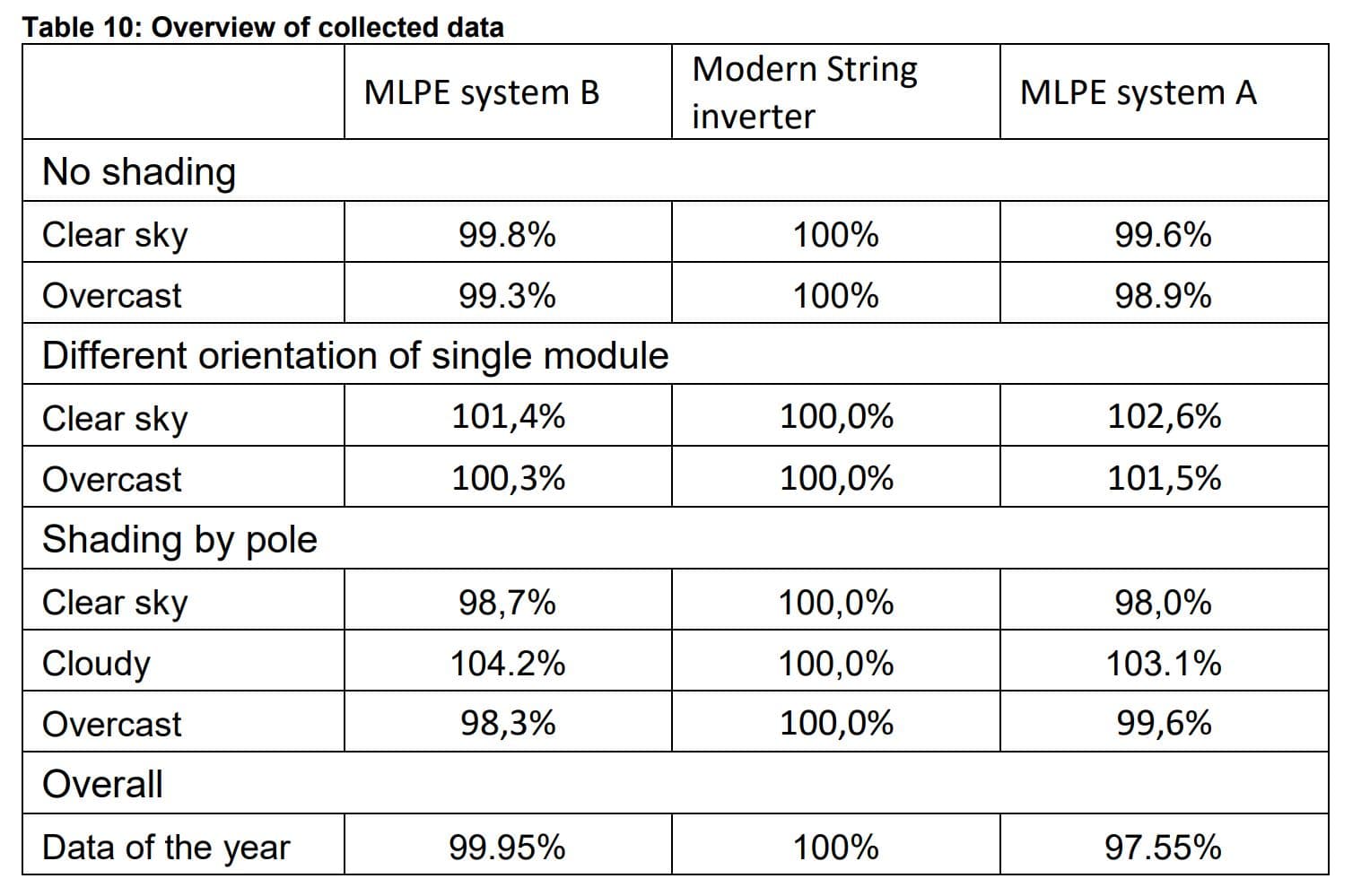 The Impact of Optimizers for PV-Modules
University of Southern Denmark

Tweet
This website uses cookies for analytics and to create a better user experience. By using our website you consent to all cookies in accordance with our Privacy Policy.
A majority of systems with shutdown solutions based on DC optimizers and microinverters (90% of residential installations) produces less energy than systems without these module level power electronics. Learn more:
Lower Performance
Module Level Shutdown in the National Electric Code has made #solar systems more complex, less safe, and less reliable. Let's #FixMLSD and do it the right way. Sign the petition: